The practice of the psychiatrist and psychotherapist Dr. Konstantinos Alexandropoulos, is in the centre of Athens, at 54 Vasilissis Sofias Street. In this warm and friendly environment where you can feel comfortable and at home, the doctor will discuss whatever problem is concerning you. In this way, you can work together and choose the best possible way of dealing with it.

Do not hesitate to contact him with any problems or questions you may have. 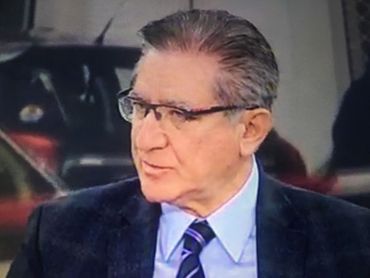 Dr. Konstantinos Alexandropoulos is a psychiatrist who worked for 25 years in the Greek National Health Service as a Director and left the service as the Coordinating Director of the Psychiatric Department “EVANGELISMOS” General Hospital Athens. He currently works as a private psychiatrist.

He specialised in Clinical Psychiatric Therapy and Psychiatric Research at the Clinical Research Centre of Great Britain (Northwick Park Hospital).

Dr Alexandropoulos holds a PhD from the Medical School of the University of Athens. He also has a Master's degree from the Centre for Mass Communication Research, Leicester University in the UK in the field of Mass Media Research and the ways in which the mass media influences people's behaviour (e.g. internet addiction) and its audiences.

He works with the whole range of psychiatric diseases and has a special interest in psychopathology, diagnosis and medication of mental and neuropsychiatric disorders and psychotherapy where indicated and required by patients’ needs. Through his many years of experience, he has been convinced that psychiatrists must treat both severe psychotic disorders and the disorders that degrade the quality of people's daily lives very seriously. This is especially true of very common depressive disorders with "insidious" symptoms such as the dysthymia (mood disorder) that often leads to the use of toxic substances, alcohol abuse and addiction. Another disorder which is common in modern times is smiling depression, another "insidious" disorder which makes daily life difficult for many of our fellow human beings as they do not realise why they are unable to concentrate their thoughts, organise their behaviour and be as effective as they used to be.

At the same time, the ravages of time have left their mark in the brain as degenerative lesions and symptoms of dementia in a large percentage of the elderly. The earlier and more effectively this is treated, the more likely it is that the deterioration of the dementia symptoms can be slowed down, to the benefit of the patient and also his family.

During his long career in the Greek NHS, Dr Alexandropoulos undertook administrative and organisational work as a Director and was scientifically responsible for the psychiatric planning and for providing documentation for EU financing of ​​the Reconstruction programme for the Corfu Psychiatric Hospital (1988-2001). Also, as Director of the Psychiatric Departments at “G. GENNMATAS” Athens General Hospital (2001-2006) and "EVANGELISMOS" Athens General Hospital (2006-2012), the psychiatric Units were reorganised in terms of buildings and operation on his initiative and with his help.

He served as General Secretary of the Board of Directors of the Panhellenic Medical Association, the Central Health Council (KESY), the KESY Mental Health Committee and also as a member of the Board of the Centre for Disease Control & Prevention as a representative of the Panhellenic Medical Association. He is the Chairman of the Board of the Hellenic Association of Professional Psychiatrists. He has authored three books and has been involved in books written by other authors and also in a large number of international and Greek scientific publications and announcements.